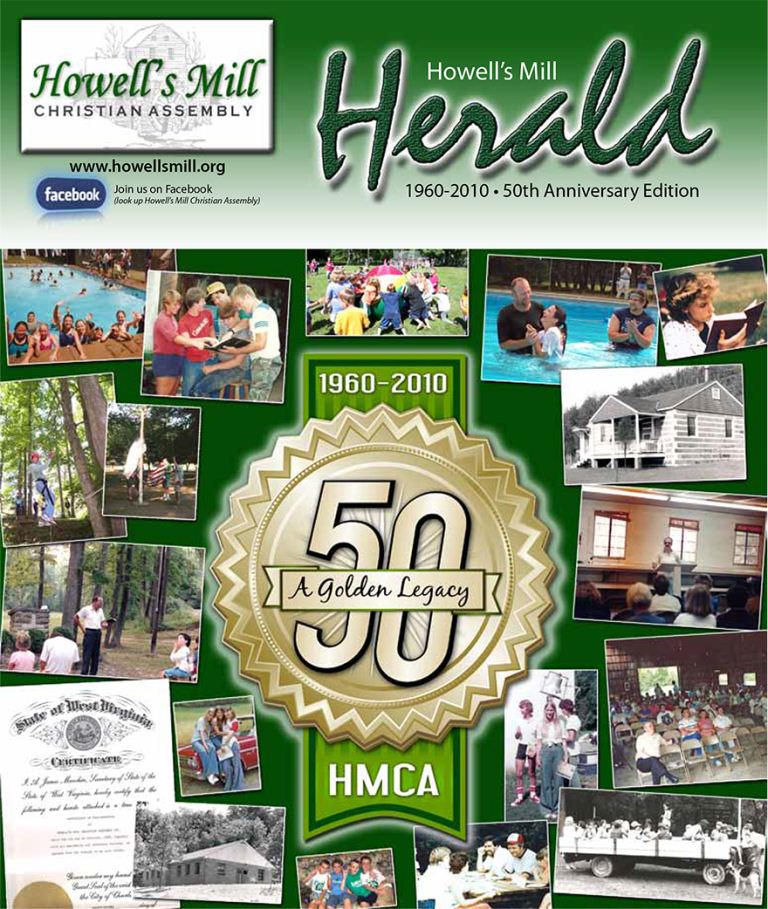 History of the Tabernacle 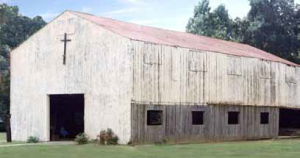 The Tabernacle was built in the spring of 1948 by the original owners. It was dedicated on September 1, 1948 and has served as the central meeting place for summer camp and retreats for 46 years. It’s impossible to count the number of lives changed and lives led to Christ from services held there over the years. So many people have great memories of time spent in the “old barn”. At every church I visit, someone has a story to tell me of how much they loved the Tabernacle. I spent eight years going to camp in the barn before the new gym was built. I loved how the breeze came through the big doors and out the windows. When it rained, you couldn’t hear a thing. 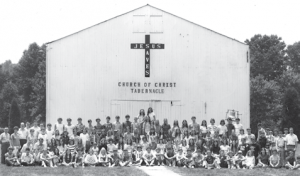 One of the best stories I heard was when some of the summer staff boys were told to remove a snake they had caught in the barn before any of the campers saw it, so they put it on a leash and took their new pet for a walk.

During the final summers, bats were so bad sometimes that they would swoop at night around anyone on stage. I loved that old barn, where the dearest and best gave their life to Christ. But as much as we miss it, for many reasons, it’s probably for the best it only remains in our memories

The current property on 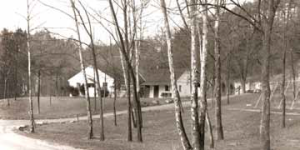 Howell’s Mill Road was purchased by the United Brethren Churches in 1947 from John Rimmer. They established the Howell’s Mill Camp Association and stated the purpose of the camp was to “establish, own, and conduct a charitable organization for the betterment of conditions in the community and particularly for the spiritual and moral training, uplifting and general welfare of the youth of the community.”

Over the next 11 years, they built 13 structures on the site, including the original Tabernacle (1948), the first Dining Hall (1949), Caretaker’s Cabin (1950), and the first girls’ dormitory (1951) which currently serves as the Director’s house. During the next decade they built small cabins along the river for campers and counselors to stay in during the summer. They reserved the camp for church groups only, but allowed churches of all denominations to use the facilities for picnics, retreats, and concerts.

In the late 50’s, the area Churches of Christ/Christian Churches were using the campus of Kentucky Christian College to host their summer camp under the name KYOWVA Christian Service Camp. In 1959, the churches, with the help of KYOWVA, started searching for property for a church camp. On February 4, 1960, they bought 24 acres on Howell’s Mill Road for $75,000 and filed the new name of the camp as KYOWVA Christian Association. Later in 1972, the name was officially changed to Howell’s Mill Christian Assembly, Inc. No major changes occurred to the campground until 1977 when the General Assembly of Churches and Board Members presented a building plan which included new water lines, sewage plant, swimming pool, and girl’s dorm.

Upon the completion of the new girl’s dorm, the existing girl’s dorm was remodeled into the Camp Manager’s house in 1982. After the girls got a new dorm, the boys felt like it was their turn. In 1985, a new 1600 ft. addition on the north side of the boys dorm was added that holds 40 campers. In the fall of 1987, construction began on a new dining hall to replace the existing 40 year old facility. This project was set back drastically as the entire truss structure and framing collapsed during construction in February 1988. Some volunteers were injured, but thankfully there were no fatalities in this horrible accident. The project was started again, and two years after the original construction began, the building was used for the first time on May 19, 1989. 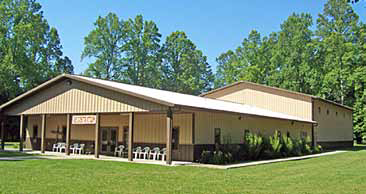 By the early 1990’s the camp’s Tabernacle was starting to show signs of age. With the need to improve the central meeting place and worship center, plans for a new multipurpose building were made. In the summer of 1994, the tabernacle was torn down to make room for the new metal building. In this new building there are offices, dorm space, a faculty lounge, and a gym/chapel. The completion of this structure allowed the camp to have programmed events year round.

Over the next 10 years, the camp paid down the large loan on the building. No major changes to the camp occurred until 2005 when a grant through the Army Corps of Engineers and US House of Representative Nick Rahall from WV awarded us $575,000 to fix our sewage system. They repaired 215 feet of eroding river bank, installed a new sewage treatment plant, and paved the camp’s roads as they left! The camp paid for the parking lots to be paved while the paving company was here. 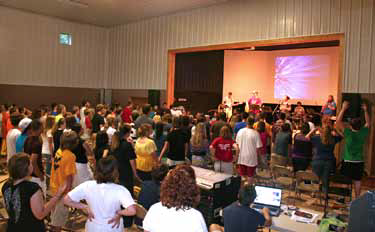 After this huge answer to prayer, the Board took out a $50,000 loan for some needed projects. They included adding central air and heat for the Camp Manager’s house, fixing the leaking swimming pool, paving the parking lots, remodeling the boys’ dorm, and building The Snack Shack.

In 2008, a second full-time position required the camp to build another residence. A camp cottage was transformed from an empty cinder block cabin into a home for the Cleland family. The approximate cost was $23,000. That fall, construction began on the worship stage addition to the gym that provided a home for the sound system and four areas for storage and meetings.

Looking Forward to a Bright Future

Over the last decade, we have added 3 houses to the camp property, added paintball and a giant swing as electives, and remodeled most of our main dorms and mattresses!  God continues to bless HMCA.    February 4, 2020 marked the 60th Anniversary of the camp’s purchase by the area Christian Churches and Churches of Christ. We have accomplished a great deal and paid for it all through the generosity of God’s people. With the support of the area churches and the prayers of God’s people, the future looks very bright for HMCA. 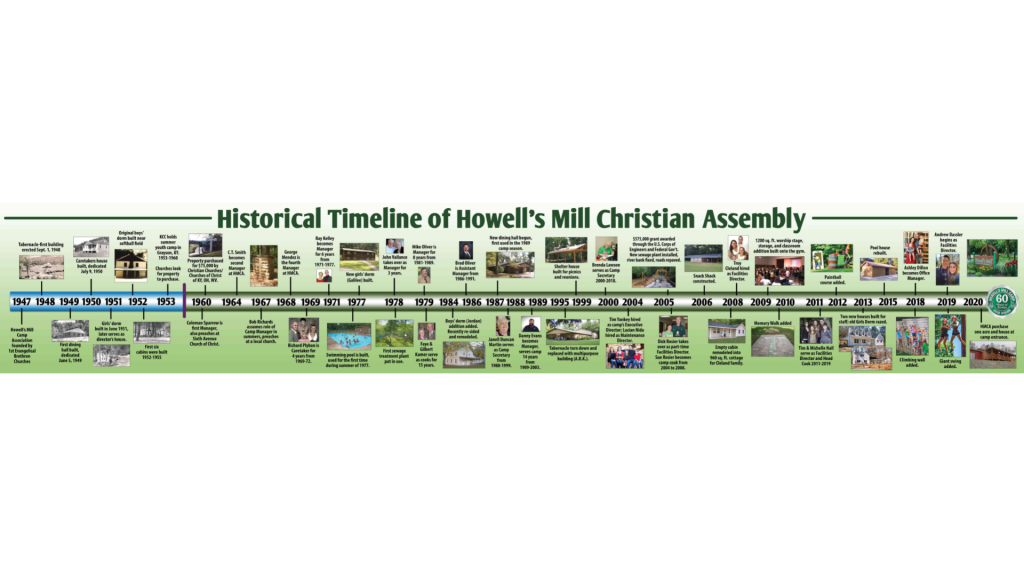